The British de Havilland Mosquito was a multipurpose fighter-bomber during World War II, twin-engined, two-seated, mid-wing bomber aircraft, it was adapted to become the prime night fighter of the Allies during World War II. The Mosquito had a frame of wood and a skin of plywood, and it was glued and screwed together in England, Canada, and Australia. The plane was designed in 1938 and entered service in 1941.

As a night fighter, the Mosquito downed more than 600 Luftwaffe planes over Germany and as many V-1 missiles (buzz bombs) over England and the English Channel.

As a bomber, it proved able to carry twice the bomb load for which it was designed. The Mosquito had a maximum speed in excess of 400 miles per hour (640 km/h) and a range of more than 1,500 miles (2,415 km) with a 4,000-pound (1,816-kilogram) bomb load. Its original armament included four .303-calibre machine guns and four 20-millimetre cannons, all firing through the nose. 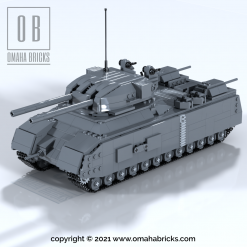