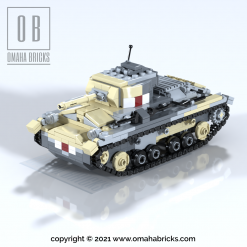 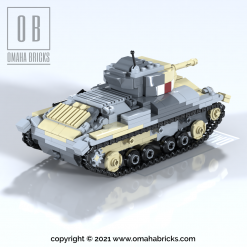 Informations about the model:
Total Bricks: 544 (including tracklinks)

– 102 single wide track links. You can use the orignal Lego 3711 part or use them from BrickMania, Bluebrixx or any other company you prefer.

The Valentine was an infantry tank produced in the United Kingdom during World War II. More than 8,000 of the type were produced in eleven marks, plus various specialised variants, accounting for approximately a quarter of wartime British tank production. It was used extensively by the British in the North African campaign. It proved to be both strong and reliable, which was unusual for British tanks of the period.