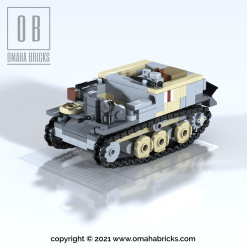 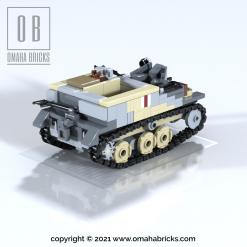 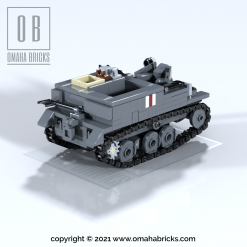 The Mk.VIs in service with the British army were scouts, transports, machine-gun carriers, artillery carriers, mortar carriers and smoke projector carriers. Later on, experience showed that a single model was preferable to six or more, and a larger one was conceived by Vickers and approved in 1935 for mass production as the “Medium Machine Gun Carrier”, “Bren Gun Carrier”, “Scout Carrier”, and “Cavalry Carrier”.
Compared to the previous Carden-Loyd Mk.VI tankettes, they were enlarged, with the crew now at the front, driver and machine-gunner, and a large open gallery with a rounded end for all kind of loads. Up to five infantrymen or a gun crew could be deployed quickly.
The suspension was a mix of the standard Vickers type and Hortsmann springs. Production was assumed by Aveling and Porter, Bedford Vehicles (British Ford), Morris, the Sentinel Wagon Works, and Thornycroft. But the real production of the definitive standard “Universal Carrier” and first deliveries (Mk.II) came in 1940, just in time for the campaign of France.