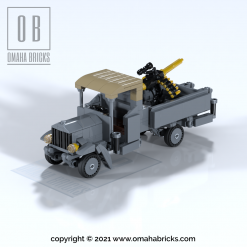 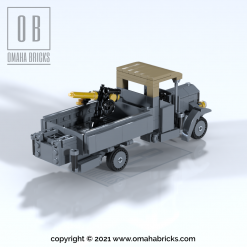 Informations about the model:
Total Bricks: 319

To complete this model you can use the following third party elements:
– 5x BrickArms U-Clips
– 1x BrickArms Monopod
– 6x BrickArms 20mm Round