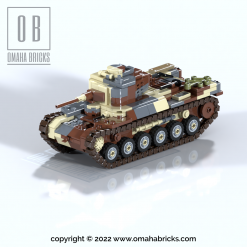 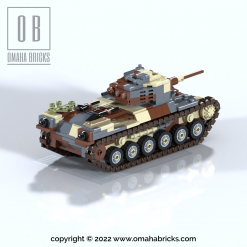 Informations about the model:
Total Bricks: 497 (Including tracklinks)

To complete this model you can use the following third party elements:
– 106 single wide track links. You can use the orignal Lego 3711 part or use them from BrickMania, Bluebrixx or any other company you prefer.
– 2x BrickArms U-Clips

The Type 97 Chi-Ha was a medium tank used by the Imperial Japanese Army during the Second Sino-Japanese War, the Battles of Khalkhin Gol against the Soviet Union, and the Second World War. It was the most widely produced Japanese medium tank of World War II.