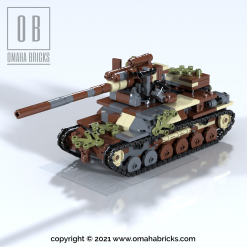 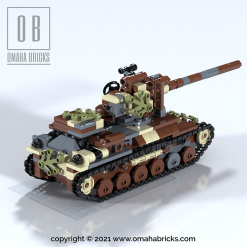 Total Bricks: 554 (including the tracklinks)

Late in World War Two, the Imperial Japanese Navy made the Type 97 Chi-Ha variant by replacing its gun with a naval 12 cm (120 mm) short gun. Produced in small numbers and deployed in the Japanese Special Naval Landing Forces.