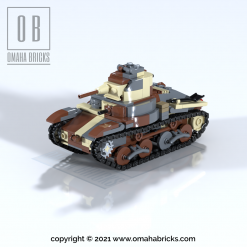 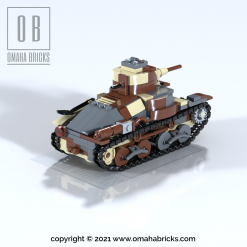 – 88 single wide track links. You can use the orignal Lego 3711 part or use them from BrickMania, Bluebrixx or any other company you prefer.

The Type 95 Ha-Go was a light tank used by the Empire of Japan during the Second Sino-Japanese War, at Nomonhan against the Soviet Union, and in the Second World War. It proved sufficient against infantry but, like the American M3 Stuart light tank, was not designed to combat other tanks. Approximately 2,300 were produced, making it the most numerous Japanese armoured fighting vehicle of the Second World War.