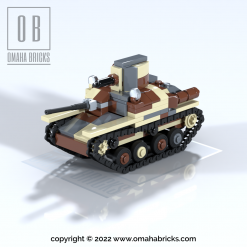 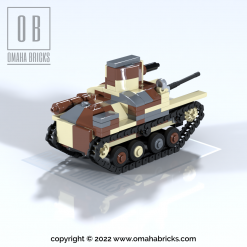 Informations about the model:
Total Bricks: 273  (including tracklinks)

To complete this model you can use the following third party elements:
– 72 single wide track links. You can use the orignal Lego 3711 part or use them from BrickMania, Bluebrixx or any other company you prefer.
– 1x Brickarms Heavy barrel

The Type 92 heavy armoured car, also known as the Type 92 cavalry tank, was the Empire of Japan’s first indigenous tankette. Designed for use by the cavalry of the Imperial Japanese Army