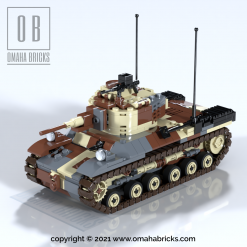 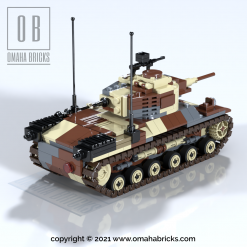 The Type 1 medium tank Chi-He was an improved version of the Type 97 Chi-Ha medium tanks of the Imperial Japanese Army in World War II. It had a more powerful main gun, engine and thicker armor. It was the first Japanese tank to have a communication radio as standard equipment. Production of the tank did not begin until 1943, due to the higher priority of steel allocated to the Imperial Navy for warship construction. A total of 170 units were built. All of the tanks produced were allocated for the defense of the Japanese home islands, against the anticipated Allied Invasion.