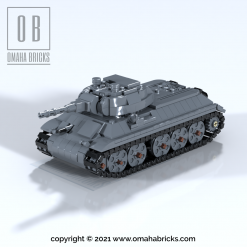 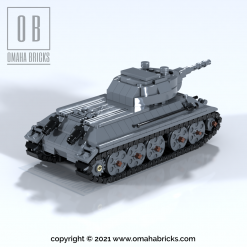 Total Bricks: 634 (this includes the tracklinks)

The T-34 is a Soviet medium tank introduced in 1940, famously deployed during World War II against Operation Barbarossa. It had an unprecedented balance of firepower, mobility, protection and ruggedness. The T-34 had well-sloped armour, a relatively powerful engine and wide tracks. The initial T-34 version had a powerful 76.2 mm gun, and is often called the T-34/76 (originally a World War II German designation, never used by the Red Army).