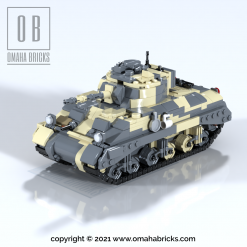 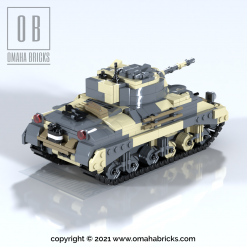 Total Bricks: 789 (including the tracklinks)

The M4 Sherman, officially Medium Tank, M4, was the most widely used medium tank by the United States and Western Allies in World War II. The M4 Sherman proved to be reliable, relatively cheap to produce, and available in great numbers. This version is a Lend-Lease Sherman which the British used in North Africa.