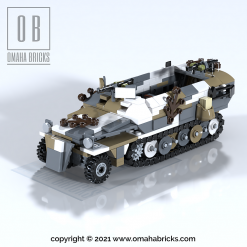 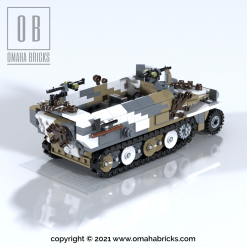 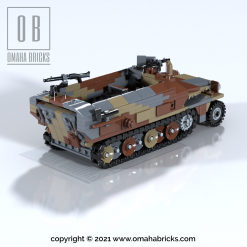 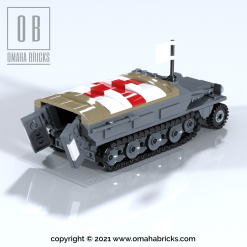 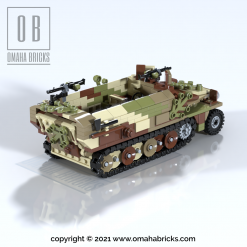 Total Bricks: from 417 to 595 (including tracklinks) based on the variant

– 78 single wide track links. You can use the orignal Lego 3711 part or use them from BrickMania, Bluebrixx or any other company you prefer.

The Sd.Kfz. 251 half-track was a World War II German armored fighting vehicle designed by the Hanomag company, based on its earlier, unarmored Sd.Kfz. 11 vehicle. The Sd.Kfz. 251 was designed to transport the Panzergrenadier into battle. Sd.Kfz. 251s were the most widely produced German half-tracks of the war, with at least 15,252 vehicles and variants produced by seven manufacturers.