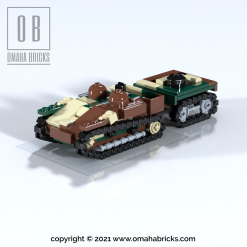 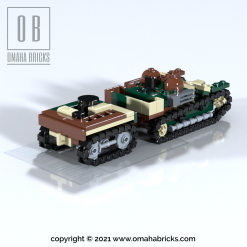 Total Bricks: 333 (including the tracklinks)

The Renault UE was a light tracked armoured carrier and prime mover produced by France between 1932 and 1940. Most Renault UE vehicles in French service were unarmed; those in 1940 captured by Germany were used for a variety of purposes, including being armed with machine-guns, antitank-guns and rocket artillery.