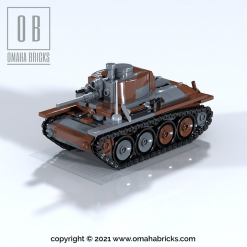 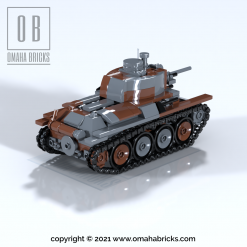 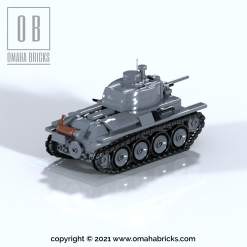 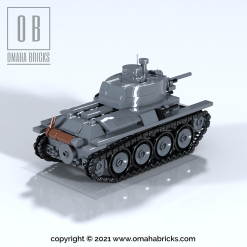 Total Bricks: 394 (including the tracklinks)

– 88 single wide track links. You can use the orignal Lego 3711 part or use them from BrickMania, Bluebrixx or any other company you prefer.

The LT vz. 38 became the most successful Czechoslovak tank during the second World War. Only it would never serve under the flag of Czechoslovakia. When Nazi Germany annexed Czechoslovakia in March 1939, 150 tanks were in the assembly halls. These weren’t ready yet. The German army ordered the tanks to be finished and then incorporated into the German army. The name LT vz. 38 was renamed Panzerkampfwagen 38 (t) Ausf. A. Hitler was now given access to 150 extra tanks. Production of the tank continued and the German army now had the desired number of tanks more quickly available to launch the attack on Poland in September of the same year.