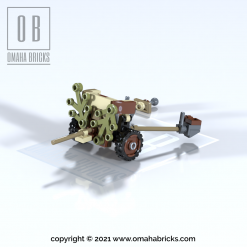 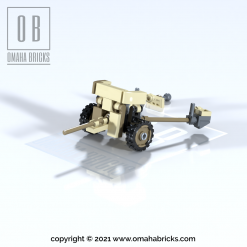 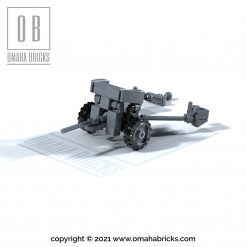 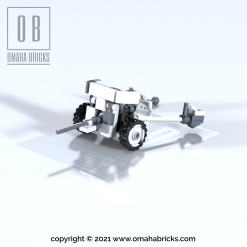 The Pak 36 (Panzerabwehrkanone 36) is a 3.7 cm caliber German anti-tank gun used during the Second World War. It was the main anti-tank weapon of Wehrmacht Panzerjäger units until 1942. It first saw service during the Spanish Civil War in 1936, where it performed well against the light tanks of the conflict. It was first used during the Second World War against Poland in 1939 and had little difficulty with any of the Polish tanks. The Battle of France in 1940 revealed its inadequate penetration capability against French and British heavier tanks, particularly the Char B1, and especially the Matilda II, receiving the derisive nicknames “Heeresanklopfgerät” (“army door-knocking device”) or “PanzerAnklopfKanone” (“tank door-knocking cannon”) from its crews, but it sufficed to defeat the bulk of the Allied armor in the campaign. The invasion of the Soviet Union brought the Pak 36 face to face with large numbers of T-34 and KV-1 tanks, which were invulnerable to its fire. However, 91% of the Soviet tank forces in 1941 consisted of lighter types that lacked sufficient armor to defeat the gun, and the Pak 36 knocked out thousands of such tanks.