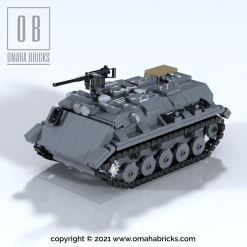 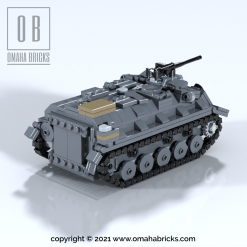 To complete this model you can use the following third party elements:
– 94 single wide track links. You can use the orignal Lego 3711 part or use them from BrickMania, Bluebrixx or any other company you prefer.
– 1x Brickarms M2HB gun