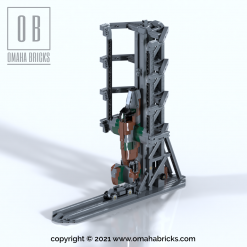 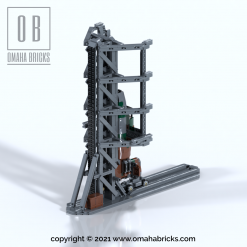 Informations about the model:
Total Bricks: 792 (for the plane and the launch installation combined)

The Bachem Ba 349 “Natter” was a World War II German point-defence rocket-powered interceptor, which was to be used in a very similar way to a manned surface-to-air missile. After a vertical take-off, which eliminated the need for airfields, most of the flight to the Allied bombers was to be controlled by an autopilot. The primary role of the relatively untrained pilot was to aim the aircraft at its target bomber and fire its armament of rockets. The pilot and the fuselage containing the rocket motor would then land using separate parachutes, while the nose section was disposable. The first and only manned vertical take-off flight, on 1 March 1945, ended in the death of the test pilot, Lothar Sieber.