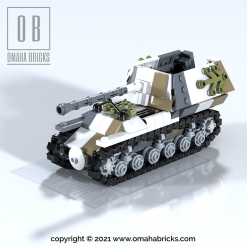 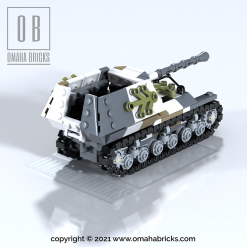 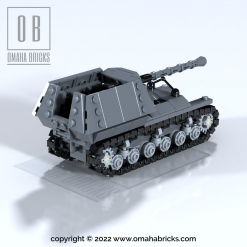 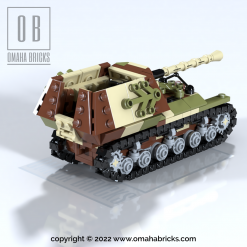 Informations about the model:
Total Bricks: 339 (including the tracklinks)

To complete this model you can use the following third party elements:
– 88 single wide track links. You can use the orignal Lego 3711 part or use them from BrickMania, Bluebrixx or any other company you prefer.

The Marder I was a German World War II tank destroyer, armed with a 75 mm PaK-40 anti-tank gun. Most Marder Is were built on the base of the Tracteur Blindé 37L (Lorraine), a French artillery tractor/armoured personnel carrier of which the Germans had acquired more than three hundred after the Fall of France in 1940. Between July and August 1942, 170 Marder I’s were built on the Lorraine chassis.

1 review for Marder I Instructions