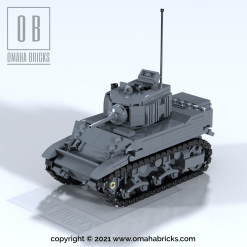 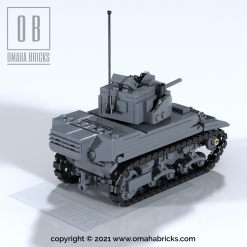 Stuarts were the first American-crewed tanks to engage in combat in World War II. Named after Civil War Confederate General J.E.B. Stuart, the tank was designed for speedy scouting and as an infantry support weapon. M5s fought in the last phases of North Africa, through the invasion of Italy and France, and into Germany. In the Pacific, both Army and Marine Corps units operated M5s, which were a more even match to lighter, smaller Japanese tanks and armored cars. Over 2,000 M5 tanks were built.