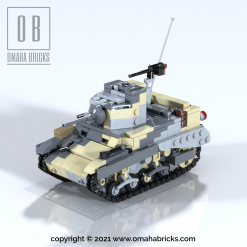 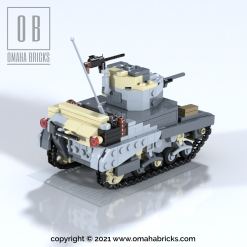 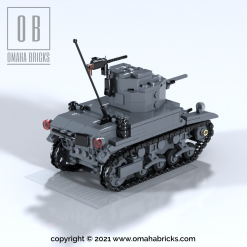 The M3 was the first US tank used by the British, and has since seen action with numerous countries around the world.

Prototypes of what became the Light Tank M3 first appeared in 1933. These evolved and were standardised by 1940. Mass production techniques resulted in high standards of reliability, according to legend, led to it being given the nickname “Honey” by a young British tankie.

The M3 began arriving in North Africa in July 1941. While it was popular, its armour and firepower were soon outmatched. It was also difficult to fight from, as the drive shaft cover bisects the fighting compartment, making it awkward to traverse the turret. This required the addition of an internal turret basket, so the crew could go round with the gun.

Later in the war, the Stuart was relegated to reconnaissance roles once other tanks, such as the Sherman, became available. Some countries used the Stuart until the 1980s, and it is still on the active list for the Armed Forces of Paraguay.