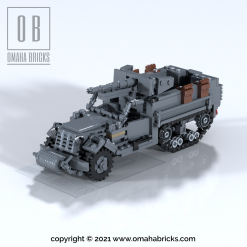 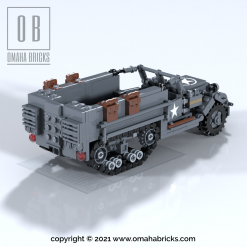 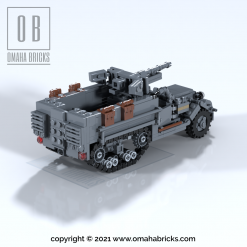 Total Bricks: 418 (including the tracklinks)

The M3 half-track was an American armored personnel carrier half-track widely used by the Allies during World War II and in the Cold War. Derived from the M2 half-track car, the M3 was extensively produced, with about 15,000 standard M3s and more than 38,000 variant units manufactured.

Be the first to review “M3 Halftrack Instructions” Cancel reply