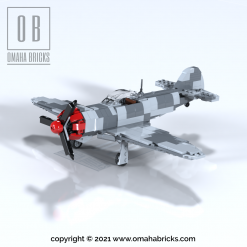 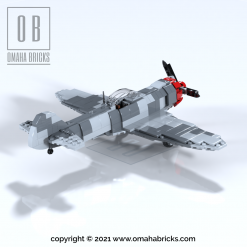 The Lavochkin La-5 was a Soviet fighter aircraft of World War II. During its time in service, it was one of the Soviet Air Force’s most capable types of warplane, able to fight German designs on an equal footing. The La-5F arrived at the frontline in February 1943. It was able to challenge the Messerchmitt Bf 109G-2 and the Focke-Wulf Fw 190A-4 on more or less equal terms, while at tree-top height it was even faster. One of the most successful La-5 units was 5 GIAP, that flew 3,802 combat sorties, claiming 128 enemy aircraft shot down while losing 52 Lavochkins.