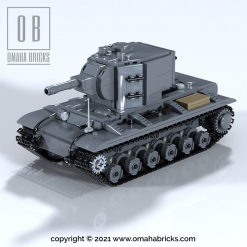 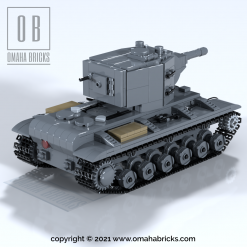 The KV-2 was a self-propelled gun, also classified as a heavy tank, used by the Soviet Union during World War II. It was based on the chassis of the KV-1 Heavy Tank, with a large M1938 Howitzer (152mm) replacing its main gun. Possibly the most notable action of any KV-2 was at the Battle of Raseiniai, which saw a single KV-2 hold up the entirety of the 6th Panzer Division. The KV-2 had destroyed about two-dozen tanks by the end of the engagement.