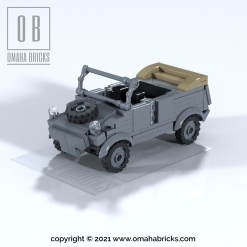 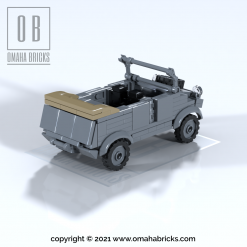 The Volkswagen Kübelwagen was a light military vehicle designed by Ferdinand Porsche and built by Volkswagen during World War II for use by the German military. Based heavily on the Volkswagen Beetle, it was prototyped as the Type 62, but eventually became known internally as the Type 82. The Kübelwagen was for the Germans what the Jeep and GAZ-67 were for the Allies. When Volkswagen production ceased at the end of the war, 50,435 Kübelwagenvehicles had been produced, and the vehicle had proven itself to be surprisingly useful, reliable, and durable.

Be the first to review “Kubelwagen Instructions” Cancel reply