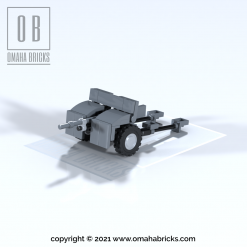 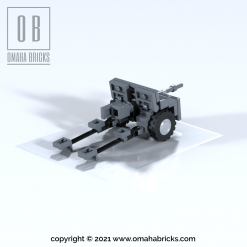 Informations about the model:
Total Bricks: 50

The Bofors 37 mm anti-tank gun was an anti-tank gun designed by Swedish manufacturer Bofors in the early 1930s originally for Swedish use. It was exported to several countries during the 1930s of which several bought licences to produce it themselves. The gun was used in several conflicts but most of its fame comes from its use in the Spanish Civil War and the Winter War where it was used very successfully against light tanks and armored cars among other targets.

Scale: about 1/35
Designed by: Joseph Heuer (@polskabricks on Instagram)