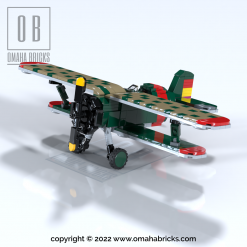 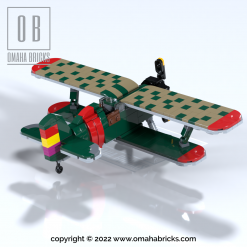 Informations about the model:
Total Bricks: 453

The Polikarpov I-15 was a Soviet biplane fighter aircraft of the 1930s. Nicknamed Chaika because of its gulled upper wings, it was operated in large numbers by the Soviet Air Force, and together with the Polikarpov I-16 monoplane, was one of the standard fighters of the Spanish Republicans during the Spanish Civil War, where it was called Chato (snub-nose).