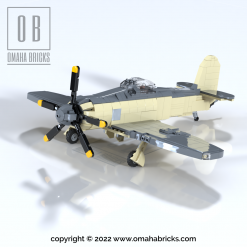 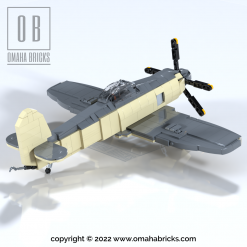 Informations about the model:
Total Bricks: 606

The Hawker Sea Fury is a British fighter aircraft designed and manufactured by Hawker Aircraft. It was the last propeller-driven fighter to serve with the Royal Navy, and one of the fastest production single reciprocating engine aircraft ever built. Developed during the Second World War, the Sea Fury entered service two years after the war ended. It proved to be a popular aircraft with a number of overseas militaries and was used during the Korean War in the early 1950s, and by the Cuban air force during the 1961 Bay of Pigs Invasion.