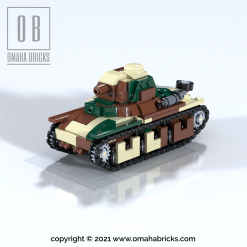 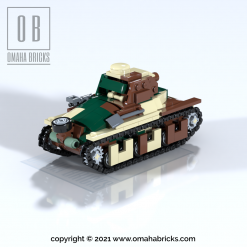 Total Bricks: 420 (including the tracklinks)

The Hotchkiss H35 or  Char léger modèle 1935 H was a French cavalry tank developed prior to World War II. Despite having been designed from 1933 as a rather slow but well-armoured light infantry support tank, the type was initially rejected by the French Infantry because it proved difficult to steer while driving cross-country, and was instead adopted in 1936 by the French Cavalry arm.

Be the first to review “H35 Instructions” Cancel reply