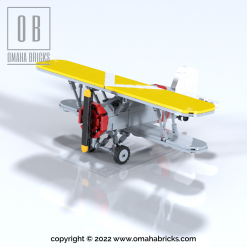 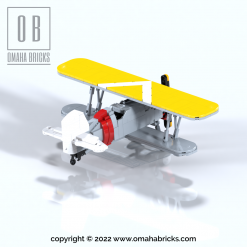 Informations about the model:
Total Bricks: 535

To complete this model you can use the following third party elements:
– 2x Brickarms Monopods

The Boeing F4B/P-12 series served as the primary fighter of the U.S. Navy and U.S. Army Air Corps in the early 1930s, and it remained in service in numerous roles until the early 1940s. It was the last wooden-winged, biplane fighter produced by Boeing and used by the U.S. military.