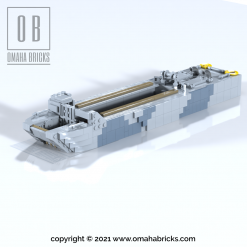 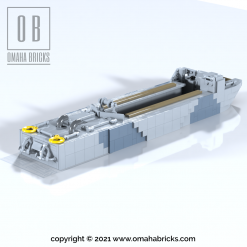 The British Landing Craft Assault (LCA) was the assault boat together with the American LCVP, that were deployed as the first wave with men to go ashore in Normandy on 6th June, 1944. The LCA was a rectangle wooden construction armoured with extra steel plating. Because of the extra weight it run deeper than the American LCVP. The LCA was launched from the davits of bigger ships, like the LST or troop transport ships. The 12.50 meter long vessel could hold 36 men. During D-Day 418 LCA’s were used and 184 were lost that day.