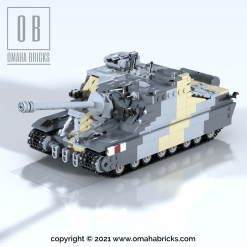 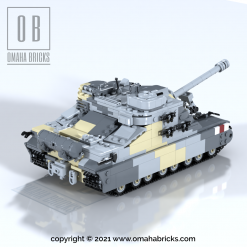 The Tortoise heavy assault tank (A39) was a British heavy assault gun design developed during the Second World War, but never put into mass production. It was developed for the task of clearing heavily fortified areas such as the Siegfried Line and as a result favoured armour protection over mobility. Only six vehicles were ever built. One example was sent to Germany for trials, where it was found to be mechanically reliable and a powerful and accurate gun platform. However, at a weight of 80 tons and a height of 10 feet (3.0 m) it was extremely slow and proved difficult to transport.

Be the first to review “A39 Tortoise Instructions” Cancel reply